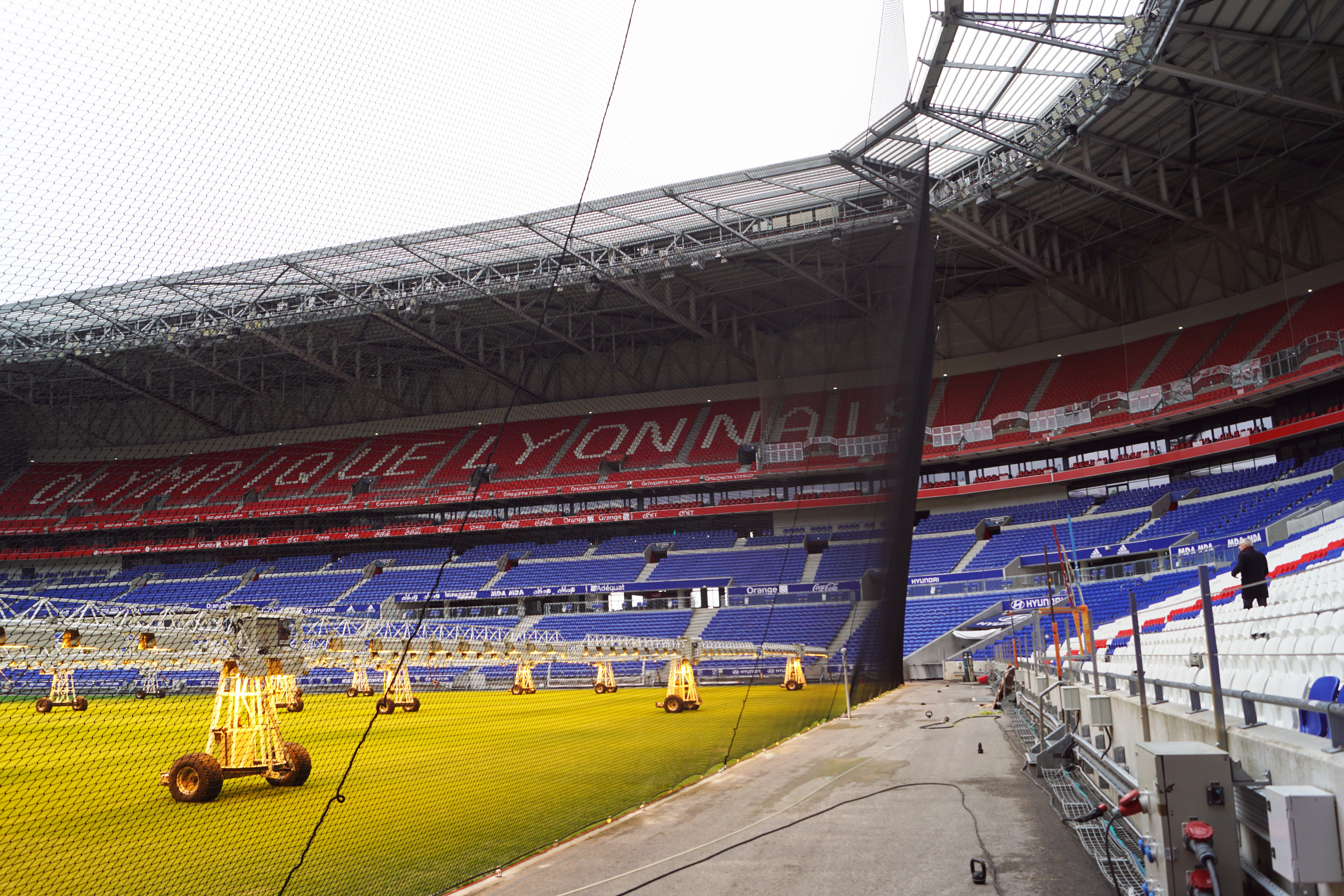 Offering optimal show conditions, Groupama Stadium aims to be a pioneer in the art of giving its spectators a unique moment of entertainment. Regardless of its position in the stadium, this "English-style" stadium ensures maximum comfort and visibility for all its fans.

The stadium has no less than 59,000 seats. A state-of-the-art stadium, it has been designed to be a true temple of digital technology: dedicated application, connected screens, interactive real-time games, control instead... The objective being to revolutionize the spectators' experience during matches!

Following several excesses, the leaders of theUEFA took the decision to be strong with the troublemakers. Measures have therefore been taken to protect spectators and players but also to preserve the show during matches.

In order to overcome these disruptions, the Olympique Lyonnais stadium, Groupama Stadium, was equipped with anti-projectile nets in front of both corners. The arrival of these nets remains highly controversial as it would make it less comfortable for fans to see the match.

At the OL / Hoffenheim meeting on Wednesday 7 November, Groupama Stadium was therefore used as an experimental stadium for this measure, which was intended, we would remind you, to protect the site from any harmful actions by certain disrupters. 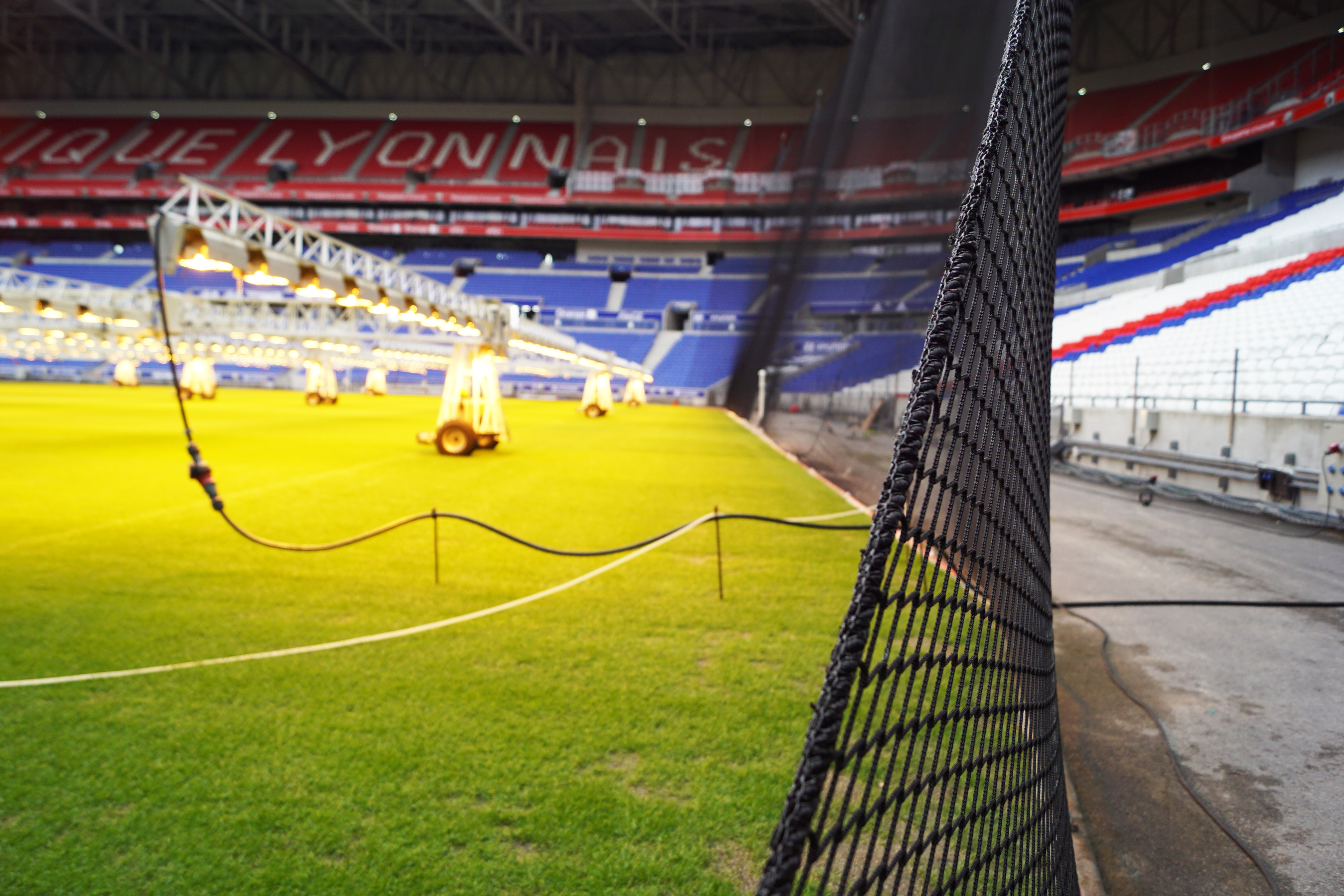 A construction site made by SPS Filets!

SPS Filets was assigned the task of equipping Groupama Stadium with these nets. The Construction Safety Division was asked to respond to this call for tenders. The nets each measure 74 m x 15 m. They have been made from 3 mm polypropylene rope, 50 mm mesh, knotless, black.

In order to comply with the specifications set by UEFA and public place regulations, the nets have been treated with Flame Retardant B1 DIN 4102-1. This product certification meets the fire protection standard imposed in public places such as trade shows and events. It is a French classification standard.

So, do we see or not see after all?/span> 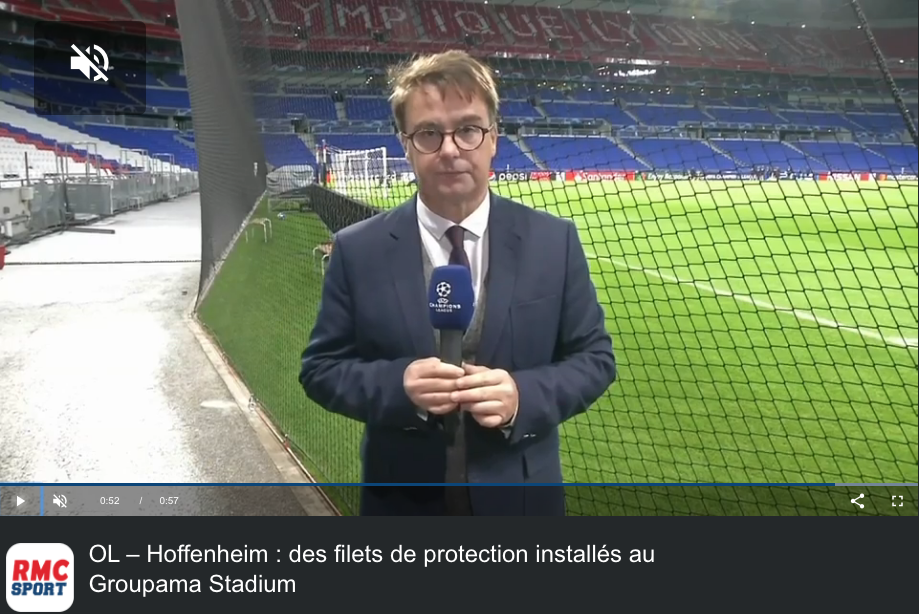 Subscribe to the SPS Filets newsletter and be the first to know about our special offers, latest news and more!